A report on Green Bond Pricing in the Primary Market, elaborated by the Green Bonds Initiative (CBI), examines how green bonds perform in the primary markets.
The analysis comprises bonds that were issued in the latter six months of 2019.
According to the selection criteria, a total amount of USD36bn, or about 27% of the USD132bn of green bonds issued during the period under observation, that were included in the Climate Bonds Green Bonds Database, were examined.
Issuance in this specific cross-section was split between 49 green bonds from 46 issuers, with EUR as a dominant currency (USD26bn or EUR23.5bn). Bonds issued in the other currency considered, USD denominated bonds, had a combined issue size of USD10bn.

The report highlights that:

1. Green bonds in EUR and USD performed well on all metrics in the primary market, on average.

3. Half of green bonds were sold to investors describing themselves as green.

-Green allocations: Investors declaring themselves as green are progressively growing in number and represent a unique source of support for green bond issuers.
-Treasurers almost always describe the inclusion of new investors as an one worthy intangible benefit of issuing green bonds.

4. New issue concession. A bond may be issued with a higher price, and thus with a lower yield compared to outstanding debt. The bond will price inside its own yield curve. Climate Bonds Initiative has termed this feature “greenium”.

-The new issue premium is the extra yield that a buyer receives, and a seller pays for a new bond compared to where seasoned bonds from the same issuer are trading in the secondary market at the time of issuance.
-There is no reason why a bond being green should impact its price, since green bonds rank pari-passu with bonds of the same rank and issuer.
-Interestingly, green bonds and vanilla equivalents are subject to the same market dynamics such as supply, rate expectations, and geo-political issues.

Case study: Engie
Engie is an utility company with a stated ambition to become a world leader in the transition to zero carbon and making zero-carbon transition possible for corporates and local authorities. The Engie group activities are focused on renewable energy, gas, services(3).
In October 2019, Engie issued its 11th green bond declaring that the EUR900m proceeds were to be split equally between Renewable Energy, Low Carbon Transport, Low Carbon Buildings, Water, and Land Use. This bond priced with a normal new issue premium, but tightened more than its vanilla basket and corresponding index in the secondary market.
According to the analysis by CBI, the issuer has two yield curves, one green, one vanilla, but they are in fact difficult to separate. Following CBI interpretation this fact suggests than investors believe they are lending to a green organisation, or at least one that has a stated transition pathway, when buying Engie debt.

The methodological approach applied to elaborate the Green Bond Pricing in the Primary Market report was designed to capture the most liquid portion of the green bond market; hence it is limited to USD and EUR denominated bonds with a minimum original issue size of USD500m.
Issuances considered in the analysis include labelled green bonds issued during the second semester of 2019 in developed markets (DM), emerging markets (EM) and those from supranational issuers (SNAT).
Additionally, issuances examined under this analysis are investment grade rated with a minimum term to maturity of three years at issue, and should be consistent with the Climate Bonds Taxonomy, i.e. included in the Climate Bonds Green Bond Database.
Comparable baskets include bonds issued in the same quarter as the subject green bond which performance is being assessed. Comparable bonds must fit the parameters indicated in the above paragraph, except that the use of proceeds is not green.
The analysis aimed to capture the most liquid portion of the market while not reducing the diversity of data(4).

Note: This synthesis is based on and adapted from the Green Bond Pricing in the Primary Market: July – December 2019 report, elaborated by the Climate Bonds Initiative (2020).

According to SEB, green bond market issuance totaled USD 263bn in 2019 – again a record year and in an amount that was 43% higher than issuance achieved in 2018.
Since its inception in 2008, and taking into account this additional last year issuance, the green bond market, according to SEB, has now accumulated USD 840bn.
Likewise, Climate Bonds Initiative estimated that global green bond and green loan issuance reached USD257.7bn in 2019, marking a new global record.
It should be noted that the growth in the sustainable finance debt market has not been limited only to green bonds. In particular, sustainability-linked loans have emerged as an important product in 2019, especially in the last quarter of last year. SEB estimates that the annual sum of these loans totaled USD 121.5bn in 2019.
According to their data, Climate Bonds Initiative estimates that the 2019 sustainability bond issuance totalled USD65bn. Furthermore, CBI states that “2019 has witnessed a continuing rise in Sustainability / SDG bond frameworks, which distinguish between green and social eligibility criteria, and allow the issuer to classify a bond as “green”, “sustainability” or “social” depending on the use of proceeds.” 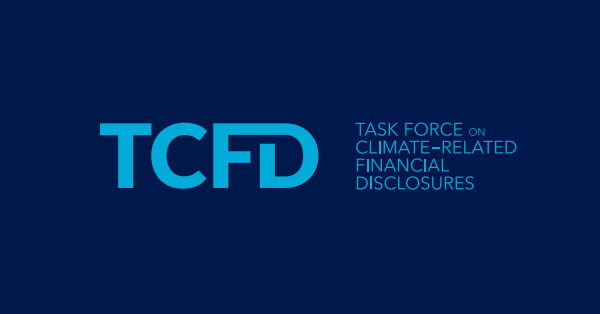 Environmental and Social Policy Framework
The ESPF sets ambitious new standards in several areas and provides IDB’s clients with leading-edge provisions to tackle environmental and social issues. It elevates respect for human rights to the core of environment...